From GTA Connected
Jump to navigation Jump to search

GTA Connected provides the ability for servers to broadcast custom pieces of information (called "rules") ... These are shown in launcher in the lower box (if enabled) and in the data returned by the server when queried. There are a few rules that should be added to utilize extra features but for the most part any rules set are completely custom and are often used to display a server owner's name, website, or other information. 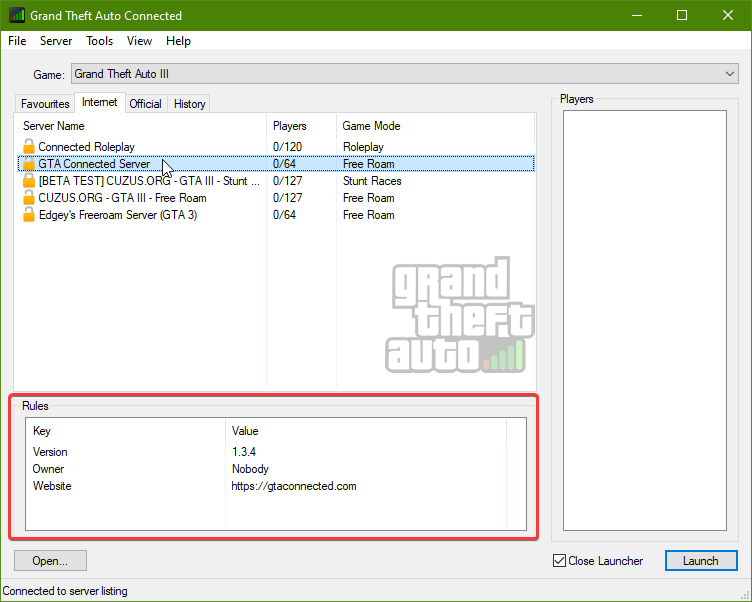 There are a few built-in rules that should be used to take advantage of extra features that GTA Connected provides: